Wikisource is a Wikimedia project to build a library of free texts. Initially called "Project Sourceberg" when it began in 2003 (a play on the already existing non-Wikimedia project with similar goals, Project Gutenberg), it branched into subdivisions for individual languages by 2005. Now Wikisource libraries house books, novels, essays, historical documents, poems, letters, speeches and other documents, so long as they can be made available under the CC-BY-SA open content license. 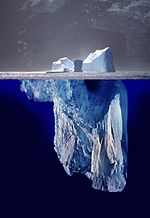 This is a list of Wikisource language subdomains. See Wikisource:Languages for a list of languages without their own subdomains; these are housed at the Multilingual Wikisource.

External Source, dynamically sortable to any criteria, self-updating every six hours by cronjob.

External Source, generated wikisyntax, which manually is being pasted in this page.