Wikipedia is not a convalescent center

This page in a nutshell: Wikipedia is not a convalescent center for people with poor communication skills. 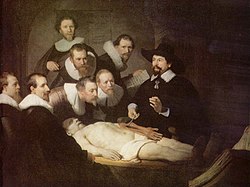 By the way, whether to entrust your rehabilitation in the hands of non-professionals?

Wikipedia's goal is to accumulate the entire knowledge of human civilization. To achieve this goal, Wikipedia tries to attract as many editors as possible in the hope that each of them will make useful contributions. This is why it is a free encyclopedia open for everyone. Because of the involvement of so many editors, Wikipedia is also a complicated social community that attracts people seeking communication among other things.

Wikipedia is also very addictive. In this respect, two questions often arise: Why do people work on Wikipedia? What do they get in return? Although the answers to these questions are not straightforward and are highly dependent on the individual, some extreme cases are described in unfavorable terms: trolling and vandalism—the types of behaviors that are disruptive both for the encyclopedic work and the project's social community.

Why do people become trolls and vandals? In certain cases this happens because the major goal of an author is to gain attention from other people. Perhaps, participating in an online RPG would be more appropriate, but sometimes people find Wikipedia more attractive. Well, this once again shows that Wikipedia is popular among a very broad audience.

When someone is just trying to attract attention no matter whether he produces a good or a bad impression on people, he or she will quickly realize that in virtually any social environment the most effective and easy way to accomplish this goal is to perform destructive actions rather than positive and useful ones. In the Wikipedia environment, the editor may notice that nominating popular articles for deletion, participating in discussions in a way which turns them into quarrels and doing so blatantly on purpose, and other actions of that kind, including even vandalism, will easily attract as much attention, if not more, as good-faith work on articles and support of other people working on them. They might also do useful work on some articles for the sole purpose of "pretending not to be here for this purpose".

However, such editors hinder the development of the project, driving away other editors and wasting their time that would otherwise be spent on useful work on articles. Therefore, their contribution is as disruptive as the contribution of ordinary vandals, and may even be more harmful, because it continues for a long time, whereas obvious vandals are blocked quickly.

Wikipedia is not a convalescent center. If an editor spoils the project more than improves it, it might be considered wise and useful to restrict his/her work on the project to those areas where they can do positive work, and isolate them from other areas. That may include, for example, prohibiting a particular editor from editing pages in the Wikipedia namespace, or using some kind of mentoring procedure to lessen the number of people driven away by the editor's actions.

It should also be noted that lack of communication skills may be indicative of a deficit in actual functioning, such as a disorder. Trying to resolve these problems just by participating in an online project may not help, and may even make the situation worse. Remember that some people believe that mental disorders are medical problems, and that Wikipedia does not give medical advice.

If you notice that currently the primary goal of your activity in Wikipedia is communication or attracting attention of any kind, and all other reasons are far less important or have become uninteresting, you should not be doing this on Wikipedia. We do however also have a chatroom, where goals of attention/communication/inclusion are the purpose, and where people will reply to and communicate with you socially, as long as you are not being a dick while there.